My trip to Liberia feels so long ago but it’s only over a month since I have been back. In that time, I have slowly been wading my way through the hoard of ingredients I bought back with me, as well as some dried goods such as pap (breakfast porridge made of  country rice) and kanyah (a snack made from peanuts, sugar and either country rice or gari/ground cassava) friends and family had made for me to bring back. 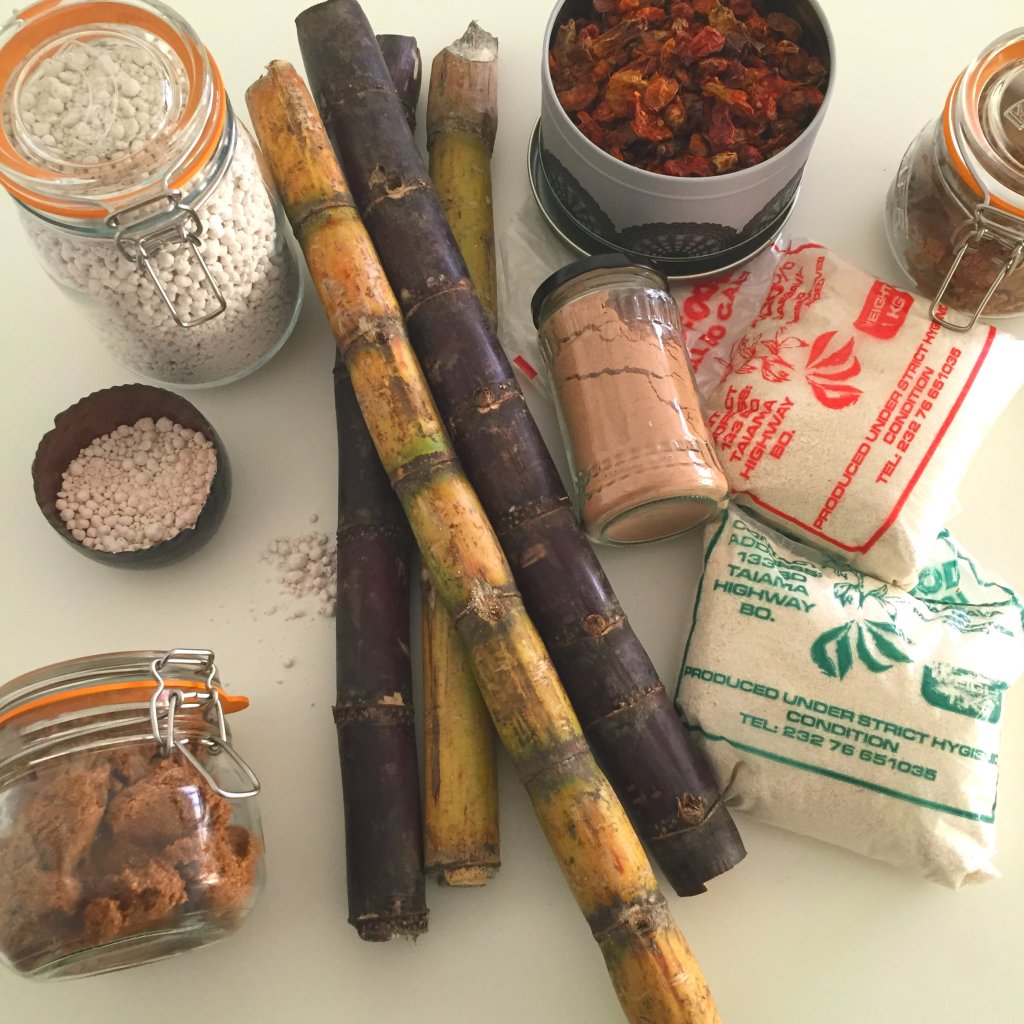 Both the pap and kanyah I had not had in years.  I definitely know that I have not had kanyah since I was maybe in primary school, when possibly my Grandma used to bring it with her on her visits from Liberia.    So 5 years at secondary school,  plus 2 years in sixth form, plus 4 years at uni. and 12 years of working in the grown up world…..you do the maths and you will see it is long time without kanyah in your life!. 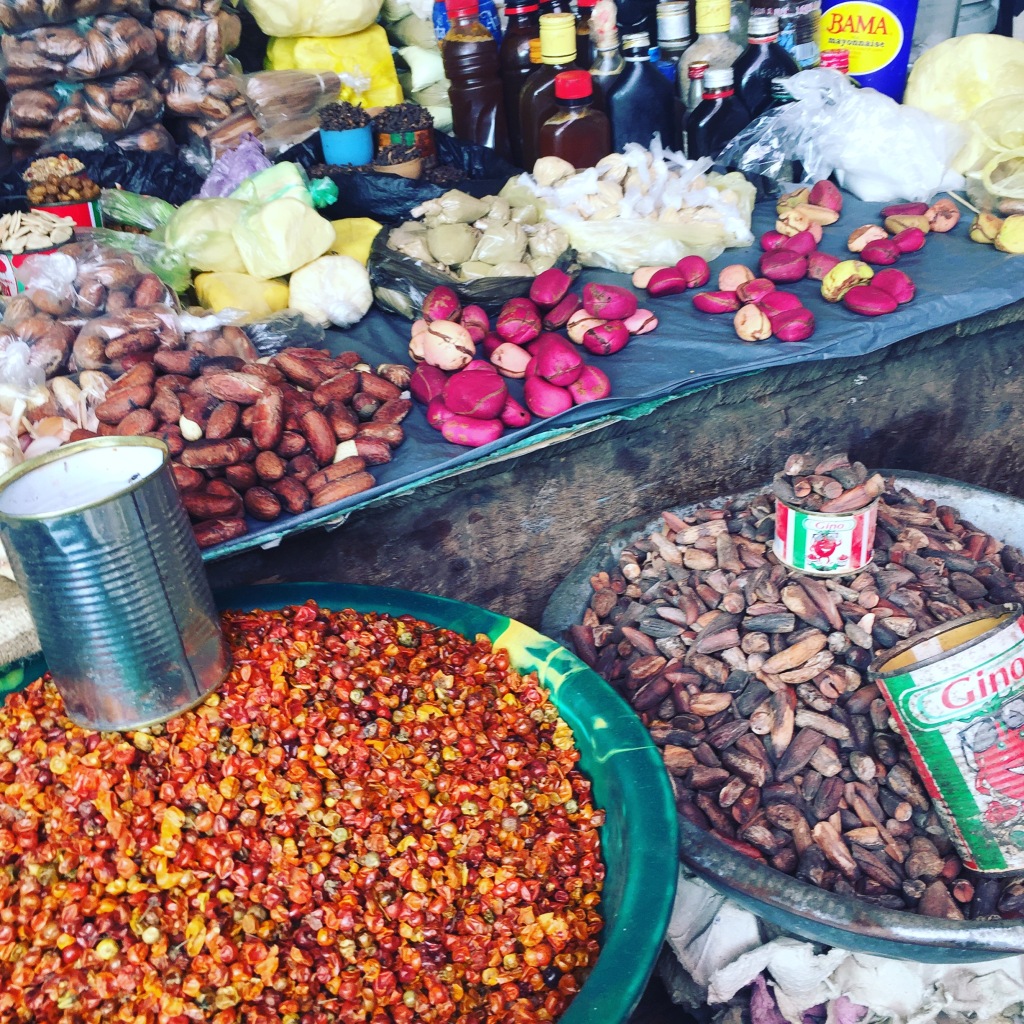 I had even forgotten about kanyah (blasphemous words) until I saw it being sold by the roadside at the market in Liberia. I actually shrieked with excitement upon seeing it that my Aunt insisted on making some for me.  Straight away I bought 2 large bags of raw shell on peanuts at the next stall and then got a little more excited and bought another bag.  My Aunt laughed at me – ok, maybe the 2 bags was enough and the other could be used for another snack.

I spied some sundried chillies a few stalls along and, me being me, could not pass up to the opportunity to buy some – just the one bag. 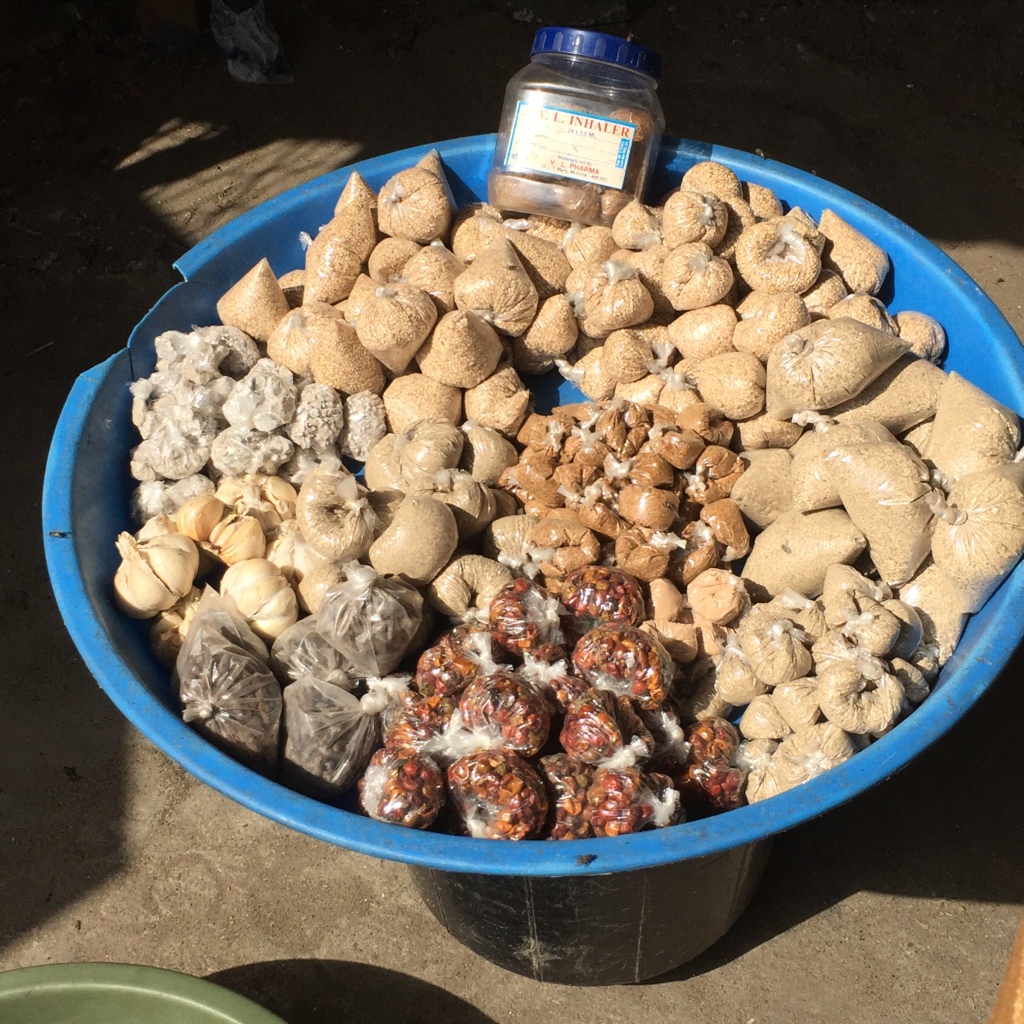 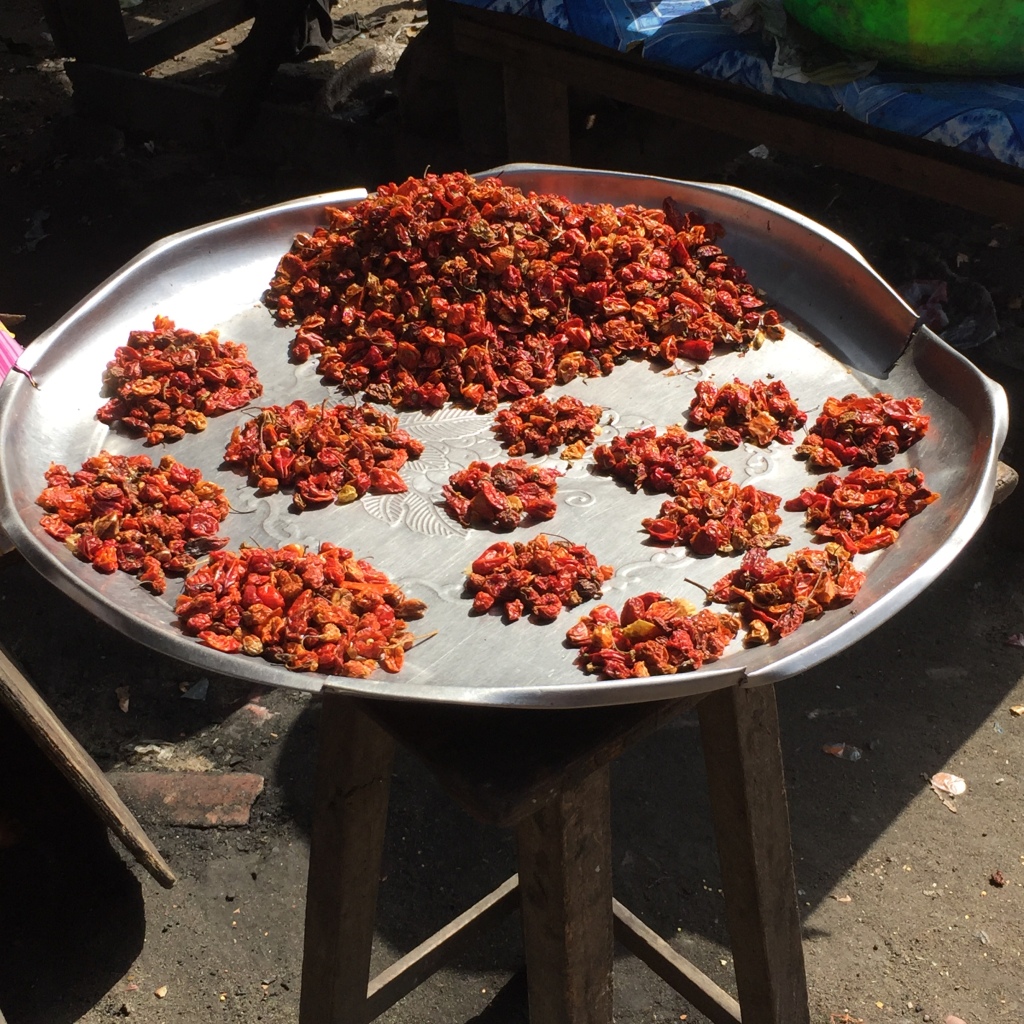 Now as much as I love chillies I realised, once back home and turning them into a tin (while stupidly rubbing my eyes as I did so. Ow),  that there was no way I was going to get through these anytime soon.  And not that they would go off being dried but…actually I don’t need to have an excuse and am just slowly becoming obsessed with adding this chilli to everything, and wishing I had bought more than one bag.  So with that spare big bag of nuts, and loving a snack, I decided to add a little punch to the nuts.

This is so easy and so darn good you’ll be making it each evening you get home from work. 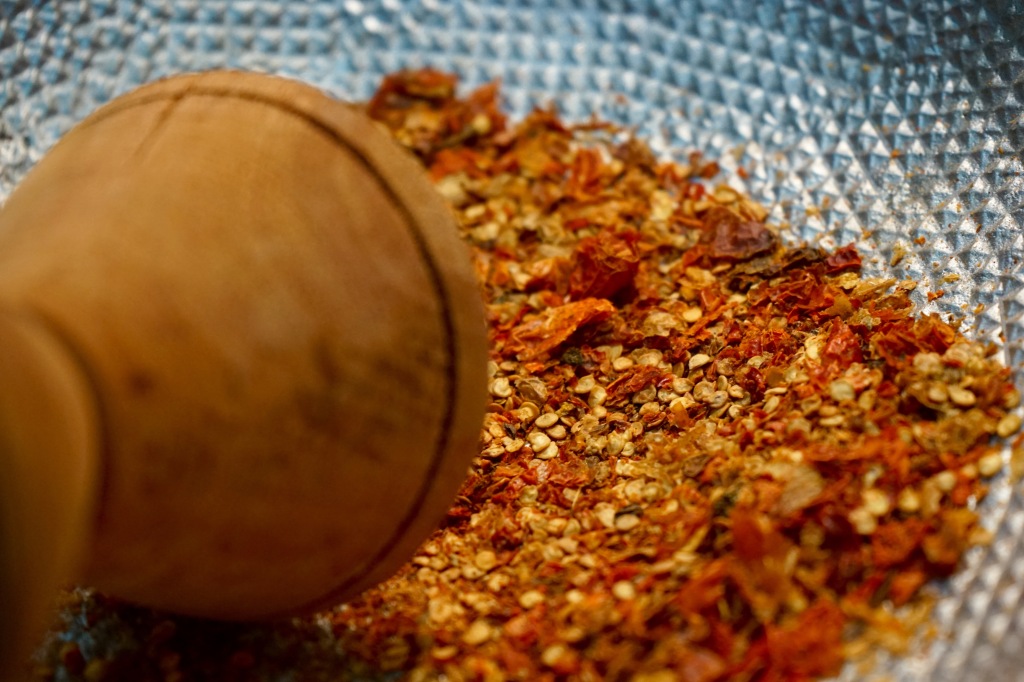 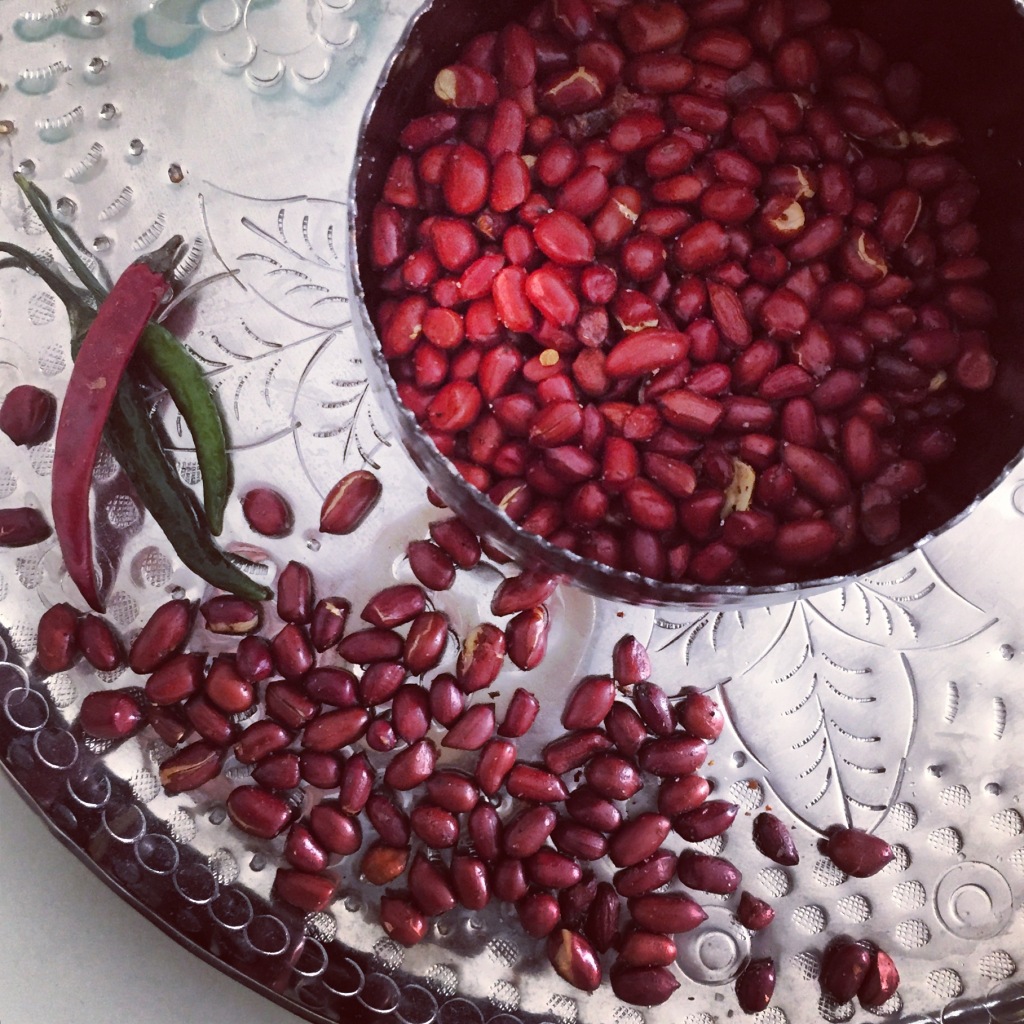